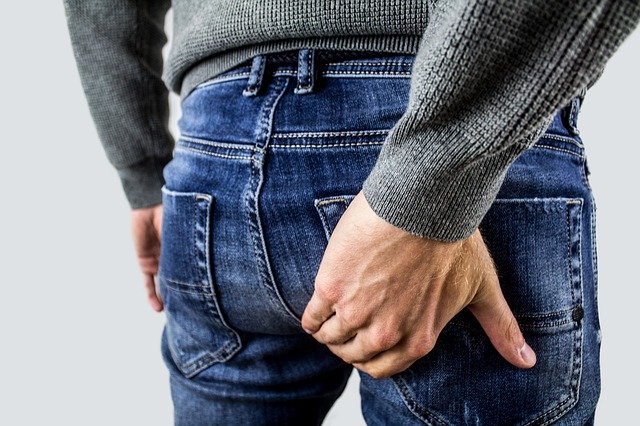 This article provides a brief overview about the external or internal hemorrhoids, prolapsed hemorrhoids, how to treat them, and prevention strategies. Treatment options range from over the counter products to, at times, surgical intervention.

Hemorrhoids are a common condition that many people painfully suffer with in silence due to embarrassment.

Hemorrhoids can cause rectal irrigation and pain that can lead to unnecessary suffering if not managed appropriately.

The information below discusses the origin and causes of hemorrhoids along with effective treatment options.

What cause External Hemorrhoids?

External hemorrhoids occur for a variety of reasons. If you are not getting enough fiber in your diet and find that you are struggling during bowel movements, this could be the main reason you’re suffering from hemorrhoids.

Sitting too much can lead to the development of hemorrhoids. Unfortunately, many jobs require a great deal of sitting. People whose jobs or lifestyle are particularly sedentary have an increased risk of developing hemorrhoids, and should take care to regularly stand up and move around.

However, ineffective coping with stress or conditions like pregnancy can also cause hemorrhoids to surface.

Any time pressure is being exerted on the veins near the anus, you are putting yourself at risk for hemorrhoids. If you currently have external hemorrhoids, you can cope with the pain easier by sitting less, wearing looser clothing, and make sure to wear comfortable underwear.

Hemorrhoids are simply a varicose vein stemming from the vascular lining of the rectal tissue. These can occur both outside and inside of the rectum, called internal hemorrhoids.

The cause of internal and external hemorrhoids is from increased pressure applied to the vessels near the rectum. This can be caused by a variety of reasons such as straining with bowel movements from constipation, straining lifting heavy weights, and pregnancy.

Hemorrhoids are typically itchy and uncomfortable. A smooth, raised, and round lump outside of the rectum can be a sign of external hemorrhoids.

Typically hemorrhoids can be easily treated with over the counter rectal creams and suppositories that help to shrink the lump.

These products may include topical analgesia, such as lidocaine, for support with pain relief.

Hemorrhoids treatments may also include cortisone to help with the redness and itching, but these products may require a prescription.

Oral treatment options for hemorrhoid include taking a high dose of micronized flavonoids. For example, supplements containing citrus bioflavonoids extracted from the inner peel of oranges can be taken on a tapering dose over the course of seven to ten days with good results.

If a hemorrhoid is thrombosed, sufferers benefit from seeking further medical intervention.

Thrombosed hemorrhoids can be lanced and cut open to release the blood clot by a skilled clinician. This is performed under sterile conditions from a medical provider.

Heavy bleeding may ensue so this should only be done by a professional.

Hemorrhoids that do not improve with topical creams, suppositories, oral agents, or incision and drainage may require further surgical intervention.

For example, difficult or persistent hemorrhoids may be treated with a procedure involving banding of the hemorrhoid or with a hemorrhoidectomy.(1)

Once a person starts having problems with hemorrhoids, the problem usually becomes chronic, and worsens over time. Hemorrhoids are frequently brought on by a variety of ordinary activities, which is the reason they are such a common ailment in the general population.

Sometimes simple measures such as dietary changes make a difference, but, in more severe cases, surgery may be needed for relief of hemorrhoidal pain.

A New Natural Treatment for Hemorrhoids ?

Now, a new study shows there may be a natural treatment for the pain of hemorrhoids and it comes from a surprising source – the bark of the French maritime pine tree.

Pine Bark Extract for the Pain of Hemorrhoids

In a study published in Phytotherapy Research, researchers looked at the effects of French pine bark extract, also known as Pycnogenol, on eighty-four people suffering from hemorrhoids.

One group was given French pine bark extract by mounth for seven days, while a second group was given the same oral dose plus a cream containing Pycnogenol. A third group received a placebo.

French Pine Bark Extract for Hemorrhoidal Pain: Did it Work?

The hemorrhoid sufferers in the first two groups experienced a marked decrease in pain after taking the Pycnogenol supplement. They also experienced reduced complications, and lost less time from work compared to the placebo group.

The bleeding also stopped in the groups receiving the Pycnogenol, while hemorrhoidal bleeding continued in the placebo group.

In this small group of hemorrhoid sufferers, the French pine bark extract known as Pycnogenol was clearly better than placebo for relieving the pain of hemorrhoids and reduced complications as well.

Why Does Pycnogenol Work for the Pain of Hemorrhoids?

People who have hemorrhoids experience pain due to the swelling and inflammation that occurs around the affected veins.

Sometimes small clots from in the veins which further adds to the pain they experience.

Researchers believe that the flavonoids found in French pine bark extract improve the function of the blood vessels.