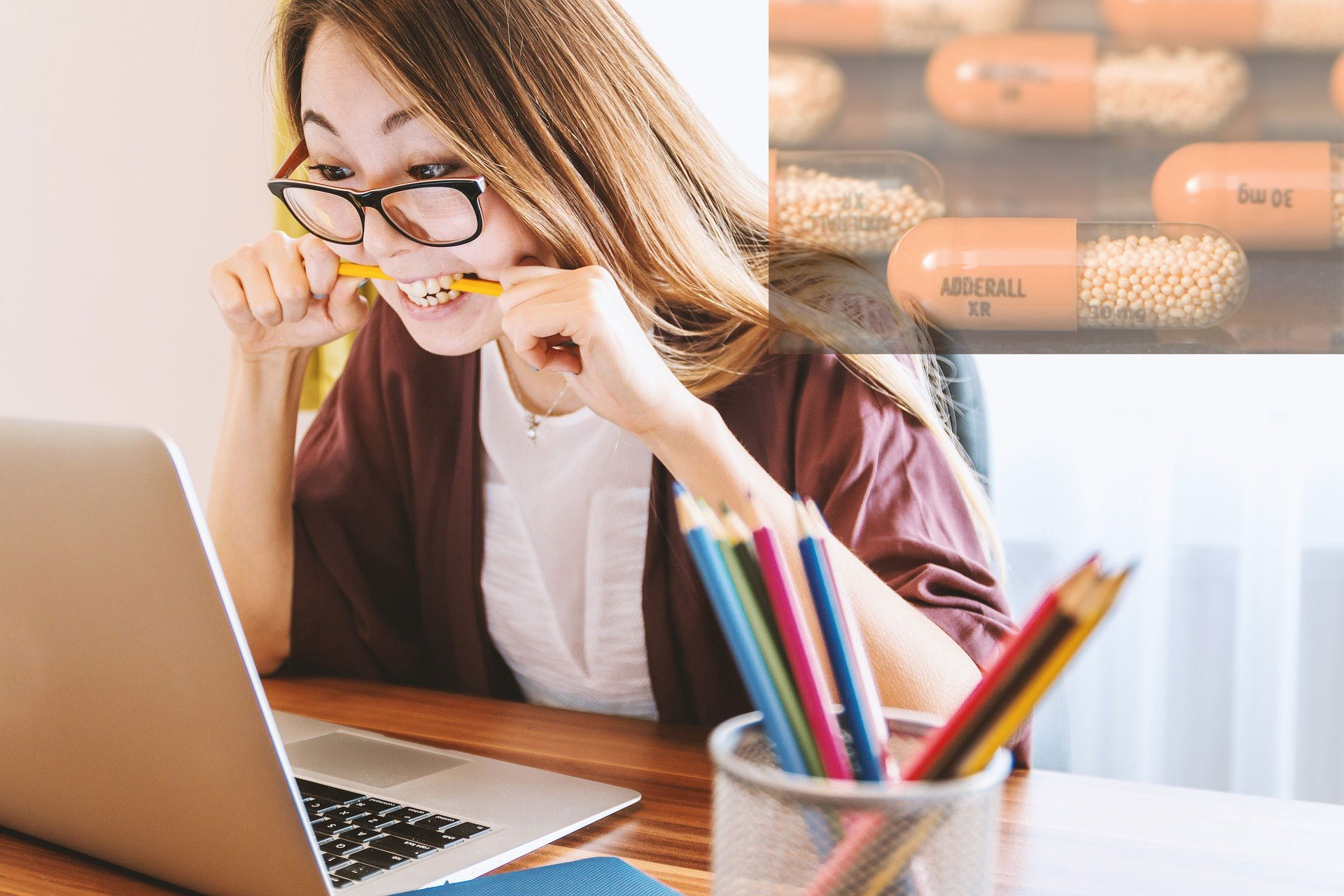 This article offers 5 best Adderall alternatives for nootropic users, whether they’re new to nootropics and what to avoid addictive substances, or they’re dealing with Adderall withdrawal symptoms.

In an easy-to-scan listicle format, it covers the benefits and effects of aniracetam, modafinil, noopept, mucuna pruriens and L-theanine with caffeine.

It explains how these nootropics work and how they compare to Adderall in terms of nootropic effects and side effects.

If college, work or both put high demands on your mental performance for long periods in the day, it’s easy to want a wakefulness-inducing amphetamine drug, Adderall.

As a prescription amphetamine drug, Adderall enhances brain function. The downside to taking Adderall is that it causes dependency, which means you’ll most likely deal with withdrawal symptoms like moodiness, depression, and fatigue.

Whether you’ve turned to Adderall in the past to help you study or to get through a late night at work, you may be looking into alternative nootropics you can substitute for Adderall, and they all have far fewer side effects than Adderall but work to improve cognitive performance just the same.

Aniracetam was developed for treating memory problems in individuals with cognitive decline and for improving concentration in people with ADHD. (1)

There are different types of racetam drugs, and aniracetam is a fat-soluble compound that is highly bioavailable.

With better brain signaling, you can benefit from improved concentration levels and clearer thinking. This can also cause a mood-enhancing effect anyone can benefit from, but also people with depression.(2)

Modafinil is a prescription drug with nootropic effects and side effects both comparable to Adderall.(3)

Like Adderall, Modafinil is an addictive drug with the potential to be abused. However, it’s less of a stimulant compared to Adderall in terms of potency.

It’s been shown to help people addicted to methamphetamine, improving their cognitive performance. This suggests it may help people dealing with Adderall’s crashes.

While it may not be the best nootropic for beginners, modafinil is best for people experienced with Adderall who want the closest alternative.

Noopept is a synthetic nootropic used for better focus and mental performance in the young and old. It’s most structurally similar to the racetam family (4) of nootropics, but it has 1000 times the potency per dose compared to piracetam.

Pharmacology researchers have reported noopept to have anti-anxiety, antioxidant and neuroprotective effects.(5)

In clinical trials, researchers have treated brain injury patients using noopept tablets at 5 and 10 mg doses to examine the effect on cerebrovascular and cognitive function.(6)

Meanwhile, other researchers suggest that noopept could help treat ADHD better than the most common drugs prescribed for it.

According to anecdotal reports, noopept boosts focus and retains your attention span and concentration for longer periods.

One of the major ways Adderall produces its effects is by boosting levels of dopamine – the neurotransmitter responsible for focus, motivation, and feeling rewarded.(7)

Coming down off an “Adderall crash” is far worse than skipping your morning coffee. When you use Adderall over a long period, your brain undergoes a change, because it shuts down dopamine receptors in order to stop receiving so much.

Mucuna pruriens is an herb that’s a natural source of L-DOPA, which is a precursor to dopamine. It can boost your dopamine levels and act as an Adderall substitute in that way.

If you’re dealing with Adderall withdrawals, it can help mitigate the symptoms.

If you haven’t used Adderall or other amphetamine drugs, mucuna pruriens works to naturally boost dopamine levels, resulting in sustained focus and alertness.

Caffeine is a stimulant that is found naturally in coffee beans, cacao, and tea leaves. Caffeine improves memory, mood, alertness, and mental performance.

It even improves physical performance by promoting the use of fat stores and enhancing muscle activation signaling.

Interestingly, caffeine has been linked to the prevention of neurodegenerative diseases like Alzheimer’s.

If you’re already a coffee drinker, you should be taking an L-theanine supplement every time you drink a cup, or at least once a day. L-theanine is a nootropic on its own that’s commonly used to promote calmness in people with anxiety.

When combined with caffeine, it counters the negative effects of caffeine many people experience, such as jitters or hyperactivity. Instead, it promotes a state of relaxed concentration, while preventing anxiety and reducing the severity of energy crashes.

If you just want to dip your toe into nootropics because you’re brand new, here are some great nootropics combinations (“stacks”) to try.