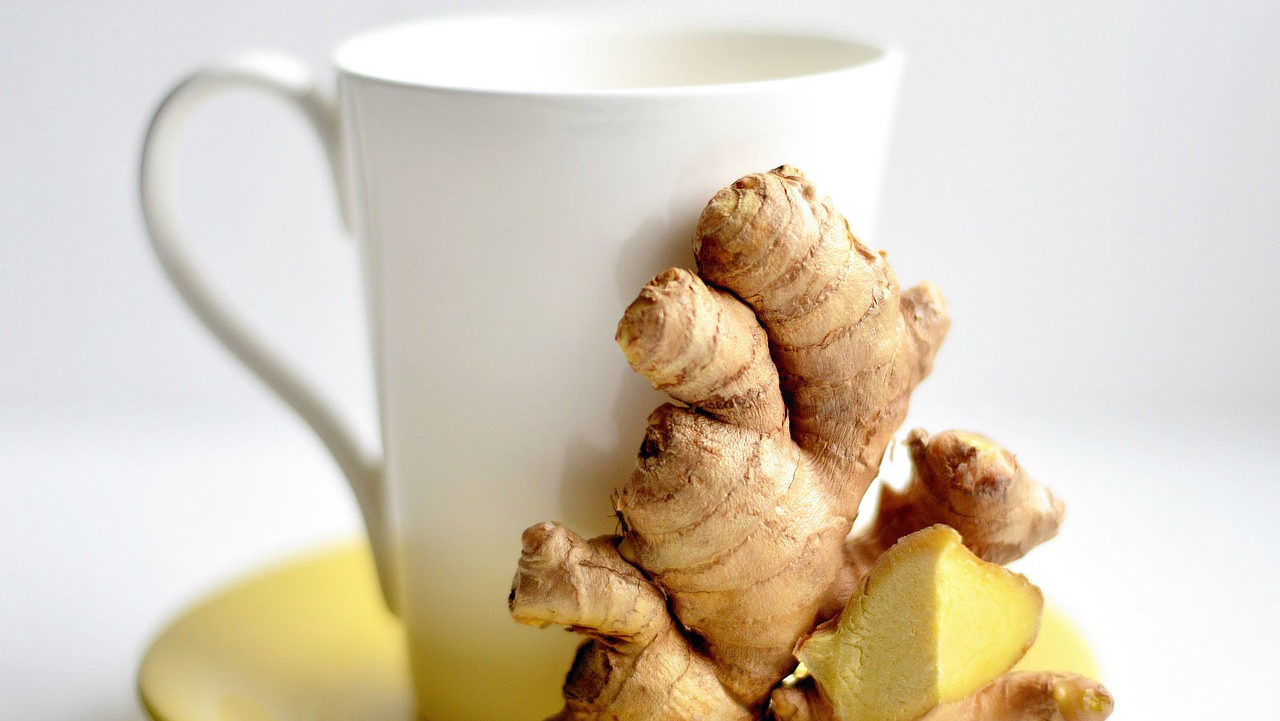 Ginger has been used for thousands of years throughout the world. Writings from ancient China and India note the many beneficial properties observed in the plant. Arab spice traders carried ginger to Rome, where it spread in popularity throughout the Mediterranean region.

By the Middle Ages, ginger was widely used throughout Europe, and was a favorite ingredient in sweets. Ginger now grows across the world, in many tropical regions.

Indian Ayurvedic medicine uses ginger to cure or alleviate a large number of different conditions, and more generally as a tonic. Traditional Chinese medicine also awards it a prime place in herbal treatments.

The part of the ginger plant that is eaten is the rhizome, which is an underground portion of the stem, usually referred to as the root. Many people stock ginger in their kitchen in the form of dried ginger powder.

Fresh, it can be found in the produce section. Ginger root has tan skin and a gnarly, knobby appearance. It is preferable to use the root, which offers greater flavor than dried, and supplies substantially more potent health benefits.

In recent decades, numerous studies have been undertaken to substantiate the mounting claims of the powers of ginger. The results of ginger research have been astounding.

Study after study has proven that ginger confers a host of important therapeutic benefits. Clearly, ginger is one of the healthiest foods you can eat.

1. Sailors swear by ginger biscuits as a cure for seasickness

It’s true; a study of Danish naval cadets showed a pinch of ginger powder worked when the placebo didn’t.

A study in the medical journal The Lancet tried ginger, an anti-nausea medication, and a placebo, and found that ginger not only beat the placebo, but it also had effects that lasted twice as long as the medication.

2. Ginger is good for your circulation

That’s one reson you may begin to feel warmer a minute or two after eating it in a meal. Mineralssuch as magnesium and zinc are contained in the spice and help improve blood flow.

3. Ginger has long been used to combat stomach troubles

From tummy aches to intestinal cramping, ginger ale or ginger tea has been a trusted remedy. Studies prove ginger’s ability to provide relief to the gastrointestinal system. Study after study shows that ginger offers substantial relief to stomach disorders, whether caused by indigestion, motion sickness, pregnancy, or a reaction to chemotherapy.

Even those who suffered from severe vomiting and nausea reported improvement. Ginger also helps to reduce the dizziness and cold sweats that accompany bouts of nausea.

It helps to relieve cramping, whether intestinal or menstrual. Even better, ginger is very safe to use, even during pregnancy.

Ginger was found to inhibit the development of cancer; and when cancer was already present, it helped to stop the further growth of tumors. Simply put, ginger kills cancer cells. In addition to preventing and slowing the growth of cancer cells, ginger has the added benefits of preventing patients from developing resistance to chemotherapy drugs, making it a powerful tool as an adjuvant therapy.

Ginger is also a powerful anti-inflammatory, which means it confers benefits across the body, against all of the adverse health outcomes associated with inflammation.

Most notably, ginger has been shown to reduce bronchial inflammation by smoothing and relaxing bronchial passages.

It offers promising avenues for the treatment of asthma, and can also be used to relieve symptoms of cold, flu, and congestion, helps to eliminate sinus pain, and soothes swollen sore throats.

Ginger’s anti-inflammatory properties also make it a powerful tool to use in the fight agains arthritis.

Studies show that ginger provides a significant reduction in inflammation in the joints, cartilage, and immune cells.

It was also found that ginger can specifically provide reduction to swelling in the knees, reducing pain and helping patients to retain maximum mobility.

Ginger can also be used to treat migraine.

Ginger is used as a key flavoring in many cuisines; it’s used in Indian
curries, in Japanese pickles, like a candied sweet, or powdered in
gingerbread. But it’s more than a nice flavor; ginger is also good for
you, and it has many properties that can help improve your health.