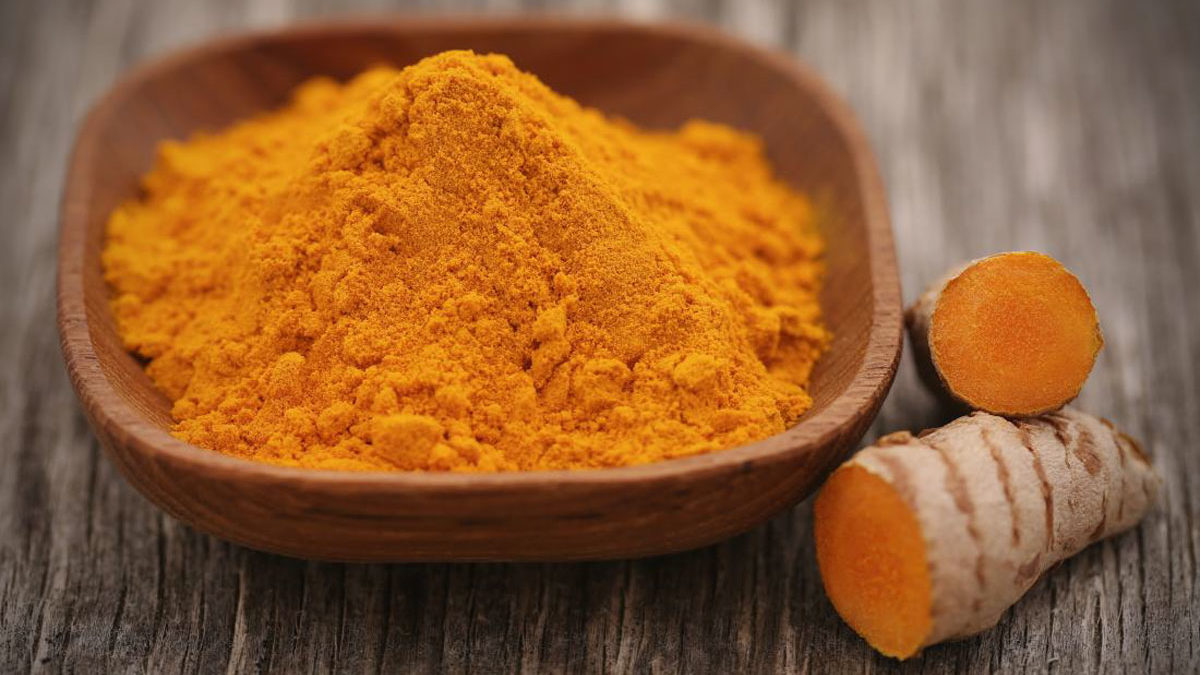 Turmeric curcumin is a pungent orange spice used in curries and other Asian food. It has been used in traditional medicine for thousands of years.

More recently, it’s come to the fore as the subject of research in its health-giving properties. A growing number of high-quality studies demonstrate that turmeric has amazing benefits for the body and brain.

Cultivated for more than 5000 years in Southeast Asia, turmeric played an important role in the Ayurvedic system of medicinal plants, treasured for its ability to balance, cleanse, and purify the body. Turmeric was also traditionally used as a dye, imparting a deep color of burnt orange.

Turmeric is part of the ginger family, and like ginger root, it is the rhizome or underground portion of the plant which is consumed. It has rich orange-yellow flesh, and its flavor is distinctive and peppery. Frequently used in powdered form, turmeric can also be purchased as a fresh root, and sliced or grated as needed.

As was true of many spices, turmeric was introduced to Europe by Arab spice traders. Though widely used in Mediterranean cuisine, it was not fully embraced by the West until recently. Turmeric’s current popularity is largely due to the combination of glowing claims from health food advocates and to the findings of recent studies which confirm turmeric’s numerous and substantial therapeutic properties.

Most of turmeric’s therapeutic benefits are derived from curcumin, the compound which gives turmeric its vibrant color. Curcumin has been found to produce antioxidant effects. Perhaps even more importantly, it is a powerful anti-inflammatory and has neuroprotective properties.

Unfortunately, there’s very little of the active ingredient in turmeric itself. Curcumin comprises only a small fraction – around three percent – of the substance.

Most studies have involved at least a gram or more of curcumin every day. Consuming enough of the spice to have the desired effect would be difficult, if not impossible. For this reason, people are advised to take turmeric curcumin extract instead.

High-curcumin extracts from turmeric also include other important components that have additional beneficial effects.

An important key to your weight loss may be in your kitchen right now.

One benefits of turmeric are that it helps people to lose weight. This has been scientifically proven in numerous studies.

It can be added to soups and stews, but not in large quantities due to its slightly bitter taste. It can be used to make a tea or to give plain looking food a burst of color and flavor. If you use curry, you will be happy to know that turmeric is its leading ingredient.

Curcumin heats your body up, causing your metabolic rate to shift into high gear, which in turn causes your body to burn more fat.

The result is more weight loss. Typically, there are no side effects experienced with curcumin, however, you bay be allergic to it, and it is possible to feel dizzy, nauseous, or to experience diarrhea.

Using too much of this spice can cause your heart to race.

It should not be used if you are pregnant or breastfeeding. In women, turmeric can mimic estrogen. Therefore, it may not be recommended for women who are taking hormone replacement therapy medications.

It also increases bile production in the gallbladder and should be avoided if you have gallbladder or digestive problems.

If you take any medications that cause your blood to clot slowly or is used to thin the blood, you should avoid turmeric, as it also causes the blood to thin and clot slowly.

Because the root of the turmeric plant is used to make many different types of medications, you could have a poor interaction or even overdose on turmeric.

Turmeric has been found to enhance the body’s antioxidant capacity. Free radicals (molecules with unpaired electrons) react with key substances such as DNA and proteins, inflicting oxidative damage to the body’s tissues.

This oxidative damage is thought to be involved with human aging and some disease processes. It’s hoped that antioxidants can protect our bodies from the effects of free radicals.

Turmeric curcumin has been found to ease a number of inflammation-related conditions. In some tests, it’s even been show to outperform conventional anti-inflammatories such as ibuprofen.

Turmeric curcumin works on multiple stages of the inflammatory response, acting at a molecular level. One of the modes of action that’s of most interest to researchers is curcumin’s ability to block a molecule called NF-kB.

This molecule triggers inflammation by traveling to cell nuclei, and turning on genes in the cells that are connected with inflammation. It’s now believed that NF-kB may be crucial in the process of a number of chronic diseases. Do to this blocking action, turmeric curcumin may be able to mitigate or even prevent many of these diseases.

Long-term, chronic inflammation has been implicated in a vast range of disorders; almost every major chronic disorder affecting prople in the West has now been shown to be connected to chronic pathological inflammation.

Disorders affecting the brain – even apparently unrelated disorders such as depression and Alxheimer’s – have also been tied to chronic inflammation. It’s believed that curcumin could help to address these conditions.

It’s well known that inflammation is responsible for conditions such as arthritis, and turmeric curcumin has performed very well in trials as a treatment for this kind of problem. Turmeric curcumin reduces pain, stiffness and swelling in cases of rheumatoid arthritis.

It was also shown to be effective against osteoarthritis of the knee.

Because inflammation is also involved in respiratory problems such as asthma, curcumin can be beneficial in these cases. Current research shows that curcumin can play a valuable role in supporting asthma treatment.

It can also be beneficial in cases where the respiratory problem is the result of an infection, such as bronchitis. Even in COPD (chronic pulmonary obstructive disorder, a life-limiting lung condition), one of the most intractable lung conditions to manage, curcumin has shown significant promise.

One of the chief advantages of curcumin over conventional anti-inflammatory medications is its apparent lack of side-effects. Although it’s possible that undesirable additional effects may emerge as research progresses, it’s probable that curcumin may be much better tolerated by some patients than medicines such as ibuprofen, which can cause numerous problems for long-term users.

Another area of major interest to researchers is its potential to ameliorate heart disease. Despite decades of intensive research, heart disease remains a major killer worldwide. It has an even bigger body-count than cancer.

As well as increasing mortality rates, heart disease can also make life a misery for survivors, causing exhaustion, pain and other life-limiting problems.

After feeding 20 mice curcumin and 20 mice a traditional non-curcumin diet over a three-month period, researchers analyzed their cholesterol levels. They found that mice in the curcumin group had 26 percent less cholesterol in their arteries than mice in the non-curcumin group, suggesting turmeric’s main antioxidant could lower risk of heart disease.

You may experience fewer viral and bacterial infections when taking turmeric because of its ability to strengthen the immune system. When your immune system believes that an infectious-causing germ is trying to invade your body, it attacks the invader with white blood cells and inflammation.

Turmeric supports the immune system by regulating its inflammatory response. Aside from reducing inflammation, turmeric has natural antiviral, antifungal, and antibacterial properties to further protect you from infectious illness.

Turmeric is also a promising treatment for cystic fibrosis, an incurable disease which causes the lungs to fill with mucus. Curcumin corrects a genetic defect which contributes to excess mucus production, thus helping to restore normal breathing function.

The use of turmeric has also been found to improve liver function. Turmeric helps the liver to cleanse the body and reduce the harmful effects of toxins in your food.

Curcumin works by stimulating the livers production of the beneficial enzyme glutathione, which is instrumental in reducing free radical damage.

This is important because cholesterol oxidation causes atherosclerosis, or hardening of the arteries, and is a major cause of heart attacks and strokes. Use of turmeric is also associated with a lowered risk of heart disease-related to diabetes.

Turmeric is also on the front line of protection against Alzheimer’s disease, and other neurodegenerative conditions. Scientists noted that elderly people in India, where turmeric is consumed daily, have a very low incidence of dementia. Research confirms that the regular consumption of turmeric slows the progression of Alzheimer’s and indeed can protect the brain from free radical damage, a major consequence of aging.

Additionally, current studies are examining the possibility that turmeric may be able to halt the progress of multiple sclerosis. It is thought that curcumin interrupts the activity of the protein which destroys the protective covering of nerves, leading to nerve damage.

Although this list of benefits from the regular use of turmeric are impressive, some of the most promising uses of turmeric are related to prevention and control of cancer.

Turmerics powerful antioxidant and anti-inflammatory properties are on the cutting edge of research for chemotherapeutic treatments. Studies show that turmeric can prevent, halt, and slow the development of several cancers, including colon, breast, prostate, pancreatic, and lung cancer. It has also been found effective against non-Hodgkins lymphoma and childhood leukemia.

The findings concerning turmerics ability to fight cancer are remarkable. In study after study, turmeric blocks the growth of tumors, regulates genes which signal cancer cells to grow, and induces cancer cell death.

Curcumin has been proven to help prevent cancer cells from forming. When cancer is already present, curcumin slows the spread of cancer cells to other parts of the body, making it a potentially invaluable tool to battle metastatic cancer.