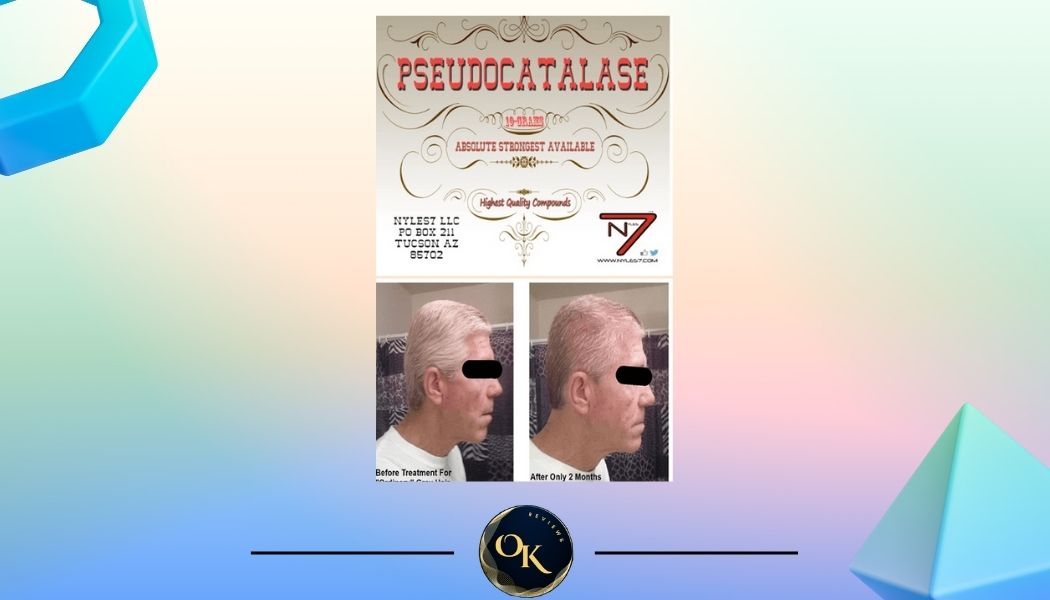 After L’Oreal promised anti gray hair remedy, now the german researchers discovered a substance called Pseudocatalase PC-Kus; may mean the end to both gray hair and the skin condition vitiligo, which causes patches of pigment-less skin.

What is Pseudocatalase Pc-Kus Cream, Does it work?

PC-KUS is a cream that can be applied to hair, restorig original/natural pigment (natural hair color). The report of FASEB journal notes that the enormous accumulation of hydrogen peroxide can be cured with a proprietary treatment developed by the researchers described as a topical, ultraviolet B-activated — sunlight — compound PC-KUS, a modified pseudocatalase.

When this cream is applied topically to hair, it converts hydrogen peroxide in the follicle to harmless water and oxygen, thereby blocking it from accumulating in the follicle.

This allows the hair to retain its natural color, according to the study conducted last month by a group of researchers from the Centre for Skin Sciences at England’s University of Bradford and Germany’s Institute for Pigmentary Disorders at E.M. Arndt University of Greifswald.

And once PC-KUS has been applied, it can even cause hair to go back to its original pigmentation, which the study claims it may also be able to do for sufferers of vitiligo.

Vitiligo is an idiopathic acquired disease, which is characterized by a sudden loss of the skin color. This is not only a harmless anomaly. Patients suffer from severe psychological stress. Consequently, other illnesses can occur.
The etiology of vitiligo is still unclear. The incidence ranges between 0.5 – 1% of the world population affecting all skin colors and gender equality.
Vitiligo can appear at any age but the peak onset is around the age of 20 years. Approximately 40% of the patients have another affected member in the family. An isomorphic response (Koebner- phenomenon) is observed in 45% of affected individuals. This can trigger the onset of the disease after an injury/trauma and it can worsen an ongoing vitiligo. Vitiligo can itch!

Read also: Is Panthenol Good Gor Hair ? Benefits, All You Need To Know

* For the first time patients with vitiligo can be diagnosed based on their ability to metabolize the essential amino acid L- phenylalanine. 40% of all patients have difficulties to deal with L-phenylalanine. A specific test allows tailoring the treatment for each individual patient. ( Schallreuter et al, Biochem Biophys Res Commun. (1988) 395-399 and unpublished data)

* Clinical evaluation of a large patient group does not support the autoimmune hypothesis in vitiligo as the primary event.  (Schallreuter et al, Dermatology (1994) 188: 269-275.)

PC-KUS was tested to an international group of 2,411 patients with vitiligo, 2.4 percent were diagnosed with strictly segmental vitiligo and after treatment of the pseudocatalase activated via sunlight, the pigment of the skin and eyelashes returned.

Pseudocatalase cream plus calcium has been originally developed by Schallreuter et al and was used as a substitution for low catalase levels in the treatment of vitiligo (K U Schallreuter, J M Wood, and K R Lemke et al.

Treatment of vitiligo with a topical application of pseudocatalase and calcium in combination with short-term UVB exposure, Dermatology, 190: 223-229, 1995).The word pseudocatalase has been introduced by these authors to differentiate between the natural enzyme catalase and a chemical complex which does the same job, i.e. degrading hydrogen peroxide.

In this context, it is noteworthy that catalase cannot penetrate the top layer of the skin. Therefore, it is important to note that any products containing natural catalase in a cream are basically ineffective, and any product advertised as catalase in the treatment of vitiligo should be used with caution.

* Repigmentation with pseudocatalase cream PC-KUS can be achieved in all skin colors and is independent of the percentage of depigmented skin and the duration of the disease! First signs of repigmentation can be observed after 3-4 months.

* This treatment modality can also successfully repigment lips, ears, and genitals. However, the response on fingers and feet is disappointing.  (Schallreuter et al, Dermatology (1995) 190: 223-229.)

* The removal of high levels of epidermal H2O2 with narrowband UVB activated pseudocatalase – PC-KUS coincides with – stabilization of the depigmentation process followed by repigmentation. (Schallreuter et al, 1995,190:223-229, J.Invest Dermatol, 2001, 116:167-174 Int. Journal of Dermatol 2002 in the press.)

* The treatment has no side effects providing the liver function of the affected individual is normal.  (Schallreuter et al, Dermatology (1995) 190: 223-229.)

* The shelf life of pseudocatalase PC-KUS stored at 4°C is 12 months.

The product is not currently available on Amazon, not Walmart,Ebay or Walgreens.

If anyone has tested this product are free to write a review.