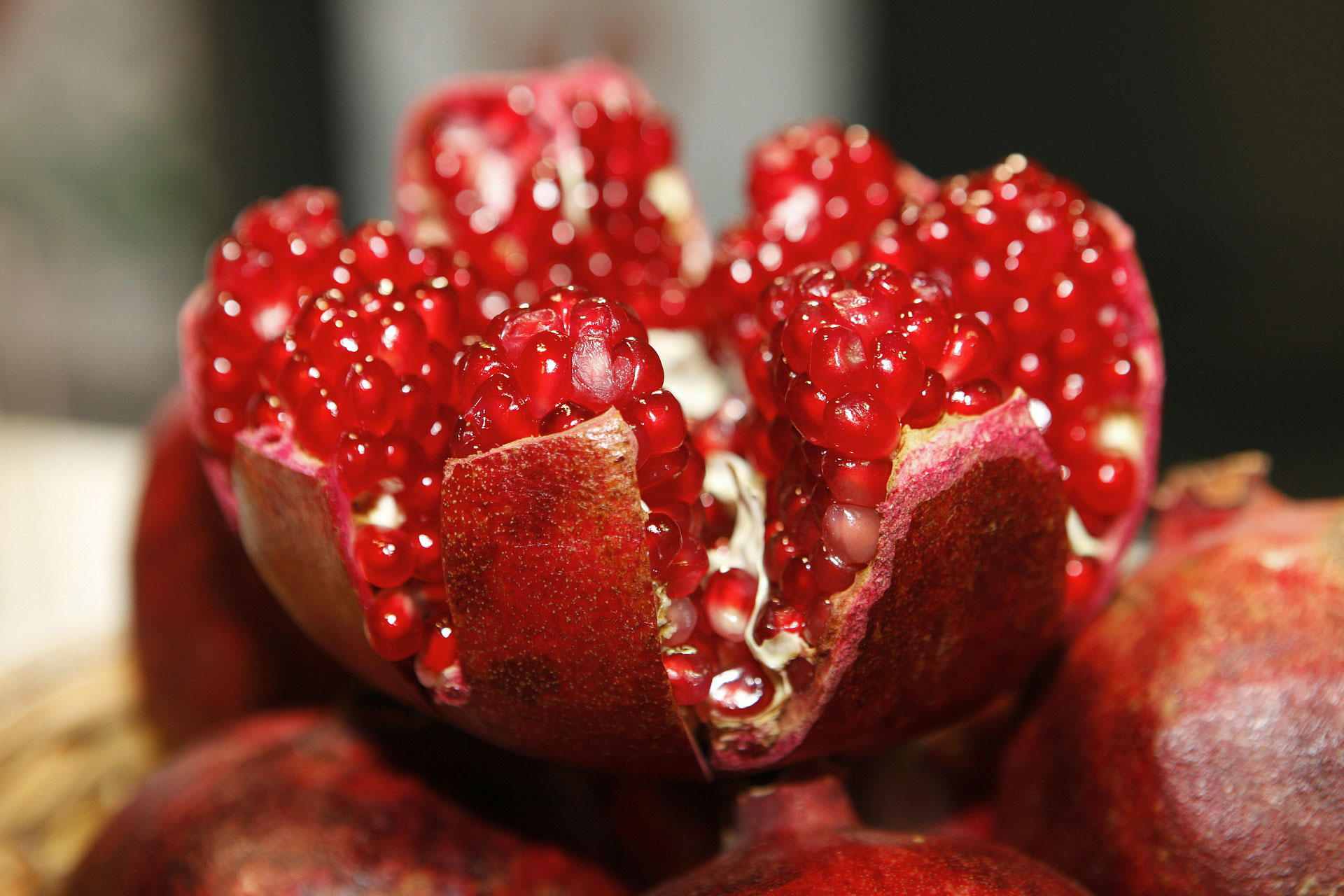 A new study published in the Journal of Agricultural and Food Chemistry shows the pomegranate fruit could be just what the doctor ordered when it comes to reducing the risk of prostate cancer (1).

Researchers at the University of Mississippi found that juice components from the pomegranate fruit inhibited the action of an enzyme that’s highly expressed in prostate cancer.

This particular enzyme is one that researchers have hoped to target for prevention of the disease.

The pomegranate fruit’s ability to stop the activity of this enzyme without harming normal cells makes it a compelling target for prostate cancer prevention.

It is important to keep in mind that this study was done in a laboratory, not the human body, so it’s difficult to say whether the effects would be exactly the same.

One study showed that men diagnosed with prostate cancer who drank a daily cup of pomegranate juice showed a slower rise in PSA – a marker that can indicate how soon prostate cancer will return.

Some of the cancer cells died as a result of the pomegranate juice treatment, but the ones that survived were less capable of migrating to other areas and forming deadly prostate cancer metastases.

There are natural solutions to medical problems being discovered every day. Conditions that might previously have required medications can now be helped in some cases by the power of Mother Nature.

This may even hold true when it comes to giving birth. When some women go into labor their uterus doesn’t contract properly. To stimulate uterine contractions, doctors use a hormone called oxytocin which only works about half the time.

If it fails, a woman may need a caesarian solution to this problem – and it comes from a surprising source – the seeds of the pomegranate fruit.

Is Pomegranate Seed Extract a solution for difficult labor?

New research from the University of Liverpool shows that pomegranate seed extract from the pomegranate fruit may help women who are experiencing difficult labor due to weak uterine contractions.

A component from the pomegranate seed called beta-sitosterol appears to naturally stimulate labor by causing the uterus to contract.

When researchers added beta-sitosterol from a pomegranate seed extract to uterine tissue from animals, it stimulated uterine contractions – similar to the effect that oxytocin has on the uterus.

Since oxytocin doesn’t always work, pomegranate seed extract could be an alternative way to stimulate uterine contractions -reducing the need for a surgical delivery.

The pomegranate fruit and its seeds are the targets of a variety of studies looking at its health benefits.

This tasty red fruit is a rich source of antioxidants and other natural chemicals with anti-inflammatory properties, or may help people on dialysis, and is being studied for a potential role in preventing heart diseases and cancer.

Dialysis patients are prone to a number of complications including infection, electrolyte fluctuations, and heart disease. According to research presented at the American Society of Nephrology’s (2) Annual meeting, drinking pomegranate juice may help prevent some of these dialysis complications.

One-hundred dialysis patients drank either pomegranate juice or a placebo drink three times a week for twelve months. When researchers tested their blood after three months, they made some interesting observations.

The dialysis patients who drank pomegranate juice had fewer markers for oxidative damage and inflammation in their bloodstream relative to the group who drank the placebo drink.

4. A new study suggests that one of the benefits of pomegranate seed oil may be increased insulin sensitivity. Could It reduce the risk of developing diabetes?

The group that received the pomegranate seed oil also had lower levels of leptin and higher levels of adiponectin, a hormone that increases insulin sensitivity.

Insulin sensitivity was also increased in the mice given the pomegranate seed oil. All of these changes are synonymous with better blood sugar control and a lower risk of developing diabetes (type 2).

It may be tempting to think that the lower risk of developing diabetes arose from the antioxidant activity of the pomegranate fruit, but, unlike the body of the fruit, pomegranate seed oil has little antioxidant power.

What it does have is CLA (conjugated linolenic acid), a fatty acid that some studies show can increase insulin sensitivity. Researchers believe it could be this component that accounts for the reduced risk of developing diabetes.

CLA could be the key. Read more about the CLA.

5. Pomegranate for Skin: Can it Make You Look Younger?

When they exposed the mice to a dose of UVB radiation, which would cause sun damage, the mice didn’t experience the characteristic skin thickening that would normally occur. Not only that, but they didn’t have an increase in inflammatory cells that are a marker of skin damage and collagen breakdown.

The ellagic acid from the pomegranate fruit seemed to protect the skin of these mice from the type of sun damage that could lead to premature aging and skin wrinkling.

When researchers applied ellagic acid in pomegranate directly to human cells and exposed them to UVB radiation, the collagen-producing cells, called fibroblasts, didn’t undergo the expected breakdown in collagen. At least in the laboratory, pomegranate has benefits for human skin cells as well.

There’s no doubt that the pomegranate is a star in the world of superfruit. This brilliant red fruit has risen from relative obscurity to become the celebrity of the produce world. With three times the antioxidant power of red wine, it’s no wonder more people are enjoying fresh pomegranate and pomegranate juice.

Now there may be a new reason to indulge in this luscious red superfruit, a new study shows that pomegranate seed oil may reduce the risk of developing diabetes.

Preliminary studies show that the unique compounds in pomegranate fruit lower the risk of heart diseases and some types of cancer.

Sure, pomegranate are good for your “insides”, but special compounds found in this fruit could help you look more beautiful on the outside too – by reducing skin wrinkling and sun damage.