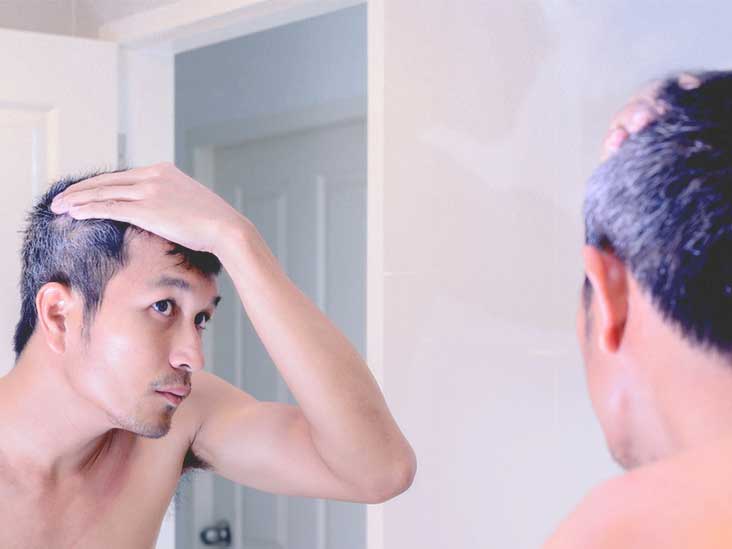 Many men look distinguished in gray hair, but some want to recapture the original hair color of their youth. To do this, they reach for a bottle of Grecian Formula for Men.

Unlike most standard hair dyes that cover gray with a single use, Grecian Formula gradually covers the gray over time so that no one notices a sudden color change.

A man can use Grecian Formula and return to the office the next day and no one will know he’s used it, so gradual are the effects.

Unfortunately, the ingredient in Grecian Formula for Men that makes this subtle change possible is lead acetate – an ingredient that’s not without controversy from a health standpoint. (1, 2)

What Are the Health Risks of Grecian Formula for Men?

The effect adds up over time until the gray is completely concealed.  Lead acetate is believed to be a cancer-causing agent and can have serious health effects if it’s ingested by children.

One concern is that men who use this product may have small amounts of lead acetate still present on their hands when they touch their children which could have unforeseen health consequences.

What is in Grecian Formula – How Much Lead Acetate?

A report issued by CNN suggested that Grecian Formula for Men may contain up to ten times the amount of lead acetate that’s allowed in a can of paint. This danger is magnified by the fact that Grecian Formula needs to be used every day for the first week or two and then repeated once a week which can lead to a lot of opportunity for lead exposure.

Even more, telling is the fact that Grecian Formula products and lead acetate hair dyes are banned in Europe and Canada due to their health risks.

On the plus side, one study showed that users of lead acetate hair products didn’t show an increase in lead levels in their bloodstream after using the product and the risk of exposure decreases once the product has dried.

Are the Alternatives to Grecian Formula for Men Any Better?

Non-lead based, dark hair dyes don’t appear to be much safer. Black hair dyes have been found to increase the risk of non-Hodgkin’s lymphoma 1

Grecian Formula for Men probably does carry some health risk due to the lead acetate it contains. The fact that it’s used so frequently also means greater exposure.

If you choose to use this product, never use it on a red or irritated scalp or on facial hair. Always wash hands thoroughly after each use to avoid exposing children and pets to lead since they may be more susceptible to its effects.

Never use Grecian Formula around any type of food product or item that goes in the mouth such as a toothbrush. Even better? Learn to live with gray hair. It’s a sign of wisdom and experience.