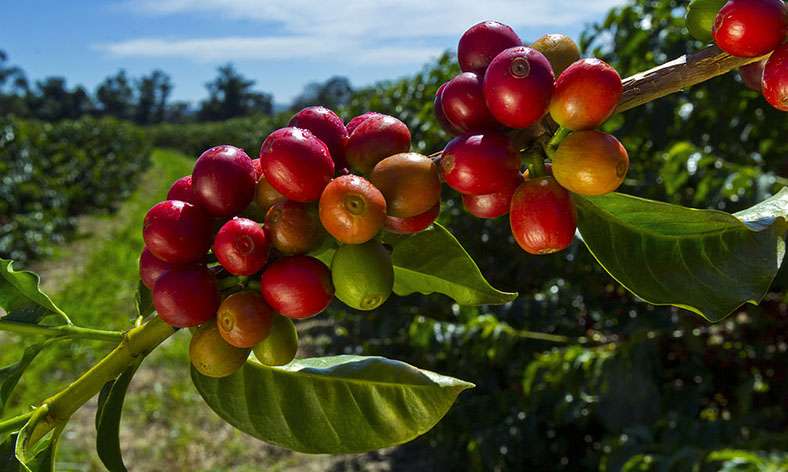 First, it was tea. Now it seems we hear every day about the health benefits of the ultimate early morning pick me up, coffee. Coffee has been shown to have a high level of antioxidants which are thought to reduce the risk of certain chronic diseases. Most notably coffee has been shown to reduce the risk of Type 2 diabetes and even Parkinson’s disease.

But what about the prevention of skin aging? With its high level of antioxidants does coffee play a role in preserving youthful looking skin? Several studies show this might be so.

What is Coffee Berry

Recently, the coffee berry has become the latest anti-aging agent to hit the skin care scene.

Coffee berry are produced by the coffee plant during its normal growth and maturation process.

As the plant grows and the berries form, the berries turn a brilliant shade of red. When coffee berry are opened up, you find two beans surrounded by a thin membrane.

Extracts from the coffee berry have been discovered to have up to three times the antioxidant potential of green tea, which makes it a powerhouse of antioxidant activity.

It ranks higher than even blueberries on the ORAC scale. (used to measure antioxidant power). With all that antioxidant potential, it’s no wonder attention has turned to the effects the coffee berry extract might have on the skin.

After several studies demonstrated extract of coffee berry improved the appearance of wrinkles skin discoloration, and enhanced skin smoothness, a company released a set of skin care products with coffee berry extract as its main ingredient which they named RevaleSkin.

With such positive results in preliminary studies, other companies are sure to follow.

The products by RevaleSkin which include a facial cleanser, a day cream, and a night cream retail for between $40.00 and $110.00 in the offices of plastic surgeons and dermatologists nationwide.

Will coffee berries be the next big answer to skin aging? Only time will tell if the extract from the coffee berry holds the answer to the younger looking skin.