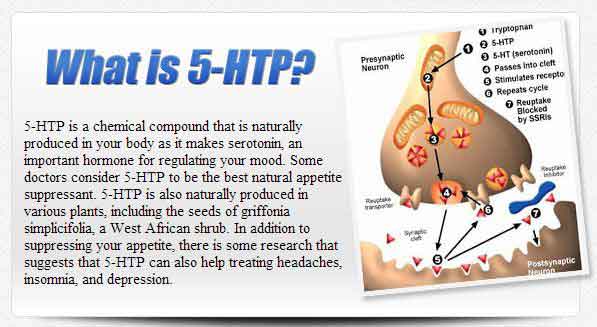 5-HTP is short for 5-Hydroxytryptophan. It is plant-based and comes from an African plant known as Griffonia simplicifolia. That’s all irrelevant, because unless you are interested in the chemistry, what you want to know is what 5-HTP can do for you. 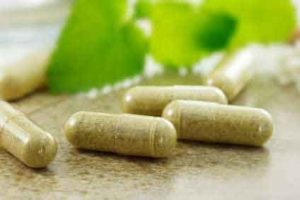 We shall look at the chemistry later when it becomes relevant to your needs.

5HTP is a supplement that is used to help mitigate depression, anxiety, PMS, fibromyalgia, migraine, sleep disorders, and other conditions including attention deficit-hyperactivity disorder (ADHD).

It is also used along with certain prescription drugs to treat Parkinson’s disease and some seizure disorders where the brain’s electrical activity is periodically disturbed.

One important factor here: Do not take 5-HTP when you are also taking prescription drugs without first informing your physician.

The first question you will ask is “Is it effective?” In fact, scientific evidence indicates that it is possibly effective for the treatment of depression and fibromyalgia.

There is currently insufficient proven evidence for it being effective for other disorders such as migraine, PMS, and other conditions for which it may be offered.

Do not give 5-HTP to children without first consulting your doctor or physician.

Migraines: While some studies have concluded that the effect of 5-HTP on migraine headaches is negligible, others have come to a more positive conclusion.

They suggest that 5-HTP could be as effective as some drugs available only on prescription. If you suffer migraines, then it might be worth trying – but do not use your prescription drugs along with 5-HTP.

The results obtained are for adults only, not children.

Depression: Depression is a serious condition, and it is important that any medication taken does not make the condition worse. There is reported evidence that 5-HTP can successful relieve depression1,2. It does so by increasing the level of serotonin (the feel-good hormone, 5-hydroxytryptamine) in your blood.

Fibromyalgia: Oral 5-HTP appears to improve symptoms of fibromyalgia. These include the pain that is associated with this condition, and also a difficulty in sleeping and morning stiffness of the muscles. Those who use it for these conditions and as a fibromyalgia treatment have reported an improvement in their condition.

However, again this is anecdotal without sufficient medical test being carried out to support the claims.

Anecdotal means that people who have used it have reported successful results, but that they may not have been backed up with medical research.

Many natural health remedies have had very successful anecdotal results that have later been proven by strict medical tests.

Weight Loss: While 5-HTP is not recommended as a weight loss supplement, there have been studies carried out that show that it can modify eating habits and promote weight loss in obese subjects3.

It appears to do so by reducing appetite and intake of calories in obese people. More studies are needed to support these results, but they do indicate that 5-HTP may have more popular uses than we hitherto have believed.

No oral supplement should be regarded as safe unless supported by medical evidence.

The lack of such information for 5-HTP may put some off using it, although the health conditions for which it may be effective are generally sufficient for those taking it.

Many people have used 5-HTP without experiencing any side effects, although there may be some including heartburn, nausea, and drowsiness.

Make sure you read the instructions with the pack if you use 5-HTP for any of the above conditions.

That said, many people have found it to effectively reduce their symptoms, and to enable them to live a better and fuller life.

Whether or not you decide that 5-HTP is for you will be your own decision, although many attest to its effectiveness.