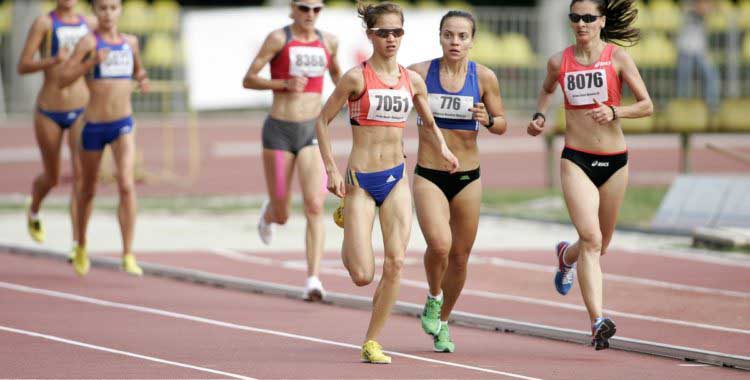 Before races, most long-distance runners aim to improve upon previous racing efforts or to simply meet a certain time goal, but the methods for improving speed can be ambiguous. Some coaches may suggest that athletes complete high-intensity workouts on all or most days, while others may be more apt to recommend ample recovery time.

Runners may be receiving mixed messages, but research in the fields of sports medicine, exercise science, and physiology begins to point to the most effective ways to increase running speed and improve performance.

Running Economy and the Role of Intensity and Plyometrics

Improving running efficiency may be the key to faster race times. In a 2007 study published in Sports Medicine, experts Carl Foster and Alejandro Lucia asserted that running economy, or the ability to move efficiently, plays an important role in running speed and performance.

A 2006 study authored by Saunders et al. in the Journal of Strength & Conditioning Research also attested to the impact of running economy, noting that runners with exceptional levels of running economy tend to use less oxygen than those with a poor running economy and therefore experience better performance.

What type of intense training is helpful in improving speed? Some experts suggest high altitude training, which involves running above sea level, to improve running performance, and recent research supports this view.

A 2009 study published in the International Journal of Sports Physiology & Performance by Saunders, Telford, Pyne, Gore, and Hahn found that runners who trained at moderately-high altitudes experienced significant improvements in race times.

Plyometric training allows muscles to exert more power without requiring additional energy, so it is understandable that it would contribute to the improved running economy.

A 2003 study done for the European Journal of Applied Physiology by Spurs, Murphy, and Watford established just how valuable plyometric training can be, finding that it improved running economy by 8.1 percent and 5-kilometer race times by 3.1 percent.

Plyometric training clearly has an effect, and fortunately, incorporating it into an existing exercise routine is relatively simple. Plyometrics involve variations of the following basic exercises: squats, stair-stepping, and jumping. Free weights can be used in these exercises to increase difficulty.

The squat jump involves leaping with arms in the air and landing in the squat position, while hop progressions are characterized by quickly hopping with both legs. Double-leg buttocks kicks require one to jump with both legs, high enough to kick the buttocks, and land on both feet.

In addition to performing plyometric exercises to improve running economy, simply increasing the distance of runs can improve speed when race day approaches. In a 2009 publication titled “Five Ways to Get Faster,” Jeff Galloway of Competitor Northwest magazine addresses the results of several studies which have shown that marathon runners enjoy a reduction of over 13 minutes in their race times when they increase the duration of their longest runs.

Longer runs may be helpful in improving performance, and interval training is thought to result in speed increases as well. This type of training involves repeated bursts of high-intensity exercise, followed by short recovery periods.

A study was done by Helgerud et al. in 2007 for Medicine & Science in Sports & Exercise found that high-intensity interval training resulted in increases in V02 max during training, suggesting that it can improve running performance.

With scientific research proving that interval training has an impact on running performance, distance runners would be wise to incorporate it into their workout regimens. Longer runs, high-intensity workouts such as altitude training, and plyometrics also have a place in distance runners’ routines.

A combination of these methods may be helpful, or perhaps practicing just one of the four will be all that runners need to meet their racing goals.