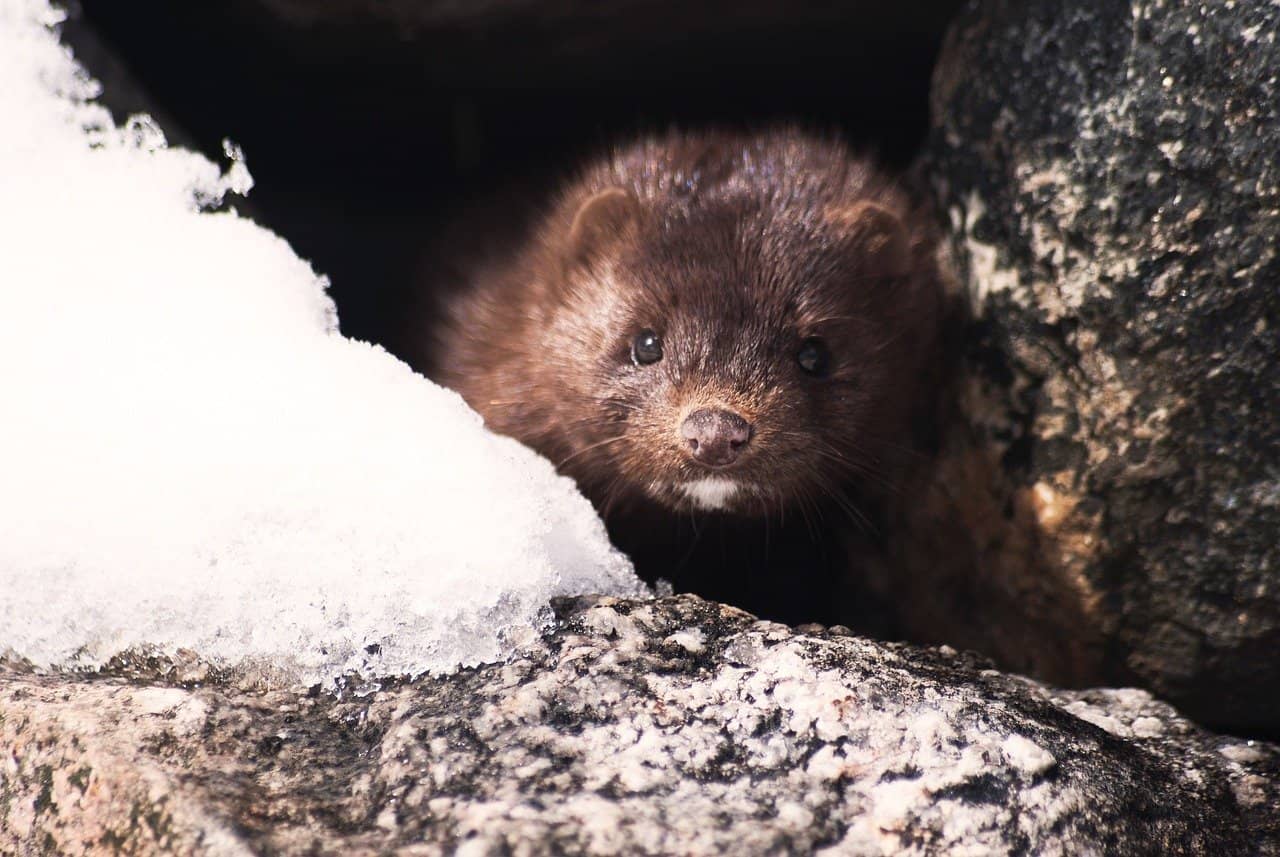 The mass murder of ten million minks, a mistake? ECDC: The overall level of risk of mutation in humans is low.

The European Center for Disease Prevention and Control released a report on Thursday showing that the potential danger of a Cluster 5 mutation in the SARS-CoV-2 virus in minks in Denmark and the Netherlands is low. Given the scientific information so far, the overall level of risk to human health caused by this mutation is low, the ECDC document shows.

The Danish government dropped its plan to kill 17 million minks two days ago after scientists said there was no evidence to support a threat to humans, but more than 10 million animals had already been killed.

The evidence we have on SARS-CoV-2 virus mutations in minks shows that these mutations are able to circulate very quickly inside farms and human communities near farms, but still do not appear to be more transmissible than other mutations in the virus currently circulating. Therefore, the probability of infection with a mutation related to mink is low for the general population, moderate for populations in areas with a high concentration of mink farms, and very high for people working on farms.

Patients infected with virus mutations from minks, including the Cluster 5 mutation in Denmark, did not have more severe symptoms than those infected with other variants of the virus. The impact of the disease is similar to that of cases infected with non-virus-related viruses. This impact had previously been classified as low for the general population and very high for the elderly and vulnerable.

The cross-border spread of virus mutation-related mutations between EU and non-EU countries through human carriers has not been observed so far, but there are no indications that the spread between countries is different from other variants of the virus. The spread through animal carriers seems to be very low.

Based on previous information on transmissibility, severity, immunity, and cross-border spread, the overall risk to human health posed by mutations in mink can be determined as:

If it is confirmed that there is a risk of these mutations in minks and that the anti-Covid vaccine is affected by them, ECDC will change its assessment, the European institution’s document states.

An experimental vaccine from Denmark is effective against mutations in minks

A potential candidate vaccine being developed in Denmark has been shown in initial animal tests to be effective against a mutation in the new coronavirus found in minks in the country, a researcher working on the vaccine said on Thursday, Reuters reports.

Early studies of the mutant strain, called Cluster 5, showed a reduced sensitivity of the virus to antibodies, which could compromise the effectiveness of future vaccines, authorities said last week.

But antibodies from rabbits treated with a vaccine about to be developed by the Danish National Serum Institute (SSI) have successfully defeated the Cluster 5 strain, according to Anders Fomsgaard, the principal investigator at SSI.

The Danish experimental vaccine, in its early stages of development, is about to enter the first phase of human testing, in which it is uncertain whether it will have the same effect.

The mass-killed minks in Denmark come out of the graves and cause terror among the Danes. More than 10 million minks have been killed en masse and buried in mass graves on military grounds after the Danish government announced that a coronavirus mutation had been reported, raising fears that it could be transmitted to humans.

The country’s prime minister later said there was no evidence of a human mutation, and last week the same prime minister acknowledged that there had been no sick mink in Denmark since September, although authorities ordered the killing a month later in October. of millions of animals.

A wave of photos and videos flooded social media in Denmark, showing animals appearing to come out of mass graves. “2020, the year of the mutant killer mink“, or “Run, minks are coming for revenge“, are the messages of the Danes on social networks.

“As bodies decompose, gases can form. This causes the earth to swell. In this way, in the worst case, the mink is pushed out of the ground “, the spokesman of the Danish police explained, quoted by The Guardian. He also said that the sandy ground in which the animals were buried was to blame, much easier to be pushed up by decaying corpses.

The Danish police tried to fight the macabre phenomenon by putting more earth over the common graves.

Local media reported that the animals may have been buried too close to lakes and groundwater, with fears that this could lead to contamination of the drinking water system.

“It seems that no one knows the consequences of this situation,” said Susan Munster, a member of the management of the Danish water company. “I have to admit it’s worrying,” she added.

The Ministry of Environment said that the phenomenon is only “a temporary problem related to the decomposition process“, and that the area will be monitored non-stop until the installation of a protective fence to keep people and animals away from the common pits of minks.

A Danish police spokesman said there was a danger that harmful bacteria would be found in the fur of dead animals and “it is never healthy to stay too close to dead animals.“