The past decade has seen the kombucha market take off. What is currently a $1 billion US global market is projected to hit $4 billion in the next four years.

Make no mistake, the days of having to seek out a high-end food market or health food store to find kombucha are long gone.

Today kombucha is everywhere, and even the biggest players have horses in the race.

These fruity effervescent drinks represent the latest move by big beverage to ensure that consumers who are increasingly branching out for healthier alternatives to carbonated soft drinks don’t take their business elsewhere.

Kombucha is a fermented beverage made from sweetened black or green tea; the fermentation agent is known as kombucha SCOBY (symbiotic culture of bacteria and yeast). When the fungus is added to the tea, the sugars undergo a fermentation process that converts them to acetic acid.

A very small amount of ethyl alcohol is produced during the fermentation process.

Its consumption can be reliably traced back to Russia and Eastern Europe prior to World War Two, while its uncertain origins have been placed, by some, as far back as the late Qin Dynasty 2,200 years ago. Let’s find out if is kombucha good for you.

What are the health benefits of kombucha?

For years there has been a broad array of purported health benefits attributed to kombucha, and it has been touted as a beneficial functional kombucha drink for everything from diabetes, to cancer, to arthritis, and AIDS. None of these claims, however, have stood up to rigorous scientific scrutiny. So what can be reliably said of kombucha?

First, it is a source of beneficial kombucha probiotics which can help balance gut flora and aid in digestion, immune response, and even help combat some forms of inflammation.
These kombucha benefits are common to many fermented foods, including yogurt, kefir, kimchi, sauerkraut, and miso.

Second, a green kombucha tea will also provide a reliable source of antioxidants, which are known to mitigate the damage to cells caused by free radicals. It is possible that free radicals may play a role in the onset of various diseases such as heart disease and cancer.

Kombucha Organic Tea strains usually contain a number of types of different acids that are beneficial to the body. Kombucha contains acetic acid which is useful in inhibiting harmful bacteria.

It also contains butyric and gluconic acids which help to combat the overgrowth of yeast in the body. Lactic acid is an important aid for the digestive system while malic acid assists the body’s process of detoxification.
Oxalic acid acts as a natural preservative and also promotes cellular energy production. Usnic acid is a powerful antibiotic and anti-inflammatory.

In addition to these beneficial acids, Kombucha has a number of vitamins of the B and C groups. It also contains bacteria and yeasts that are good for the body. Source: 1

Are the Benefits of Kombucha Real?

At this point, most of the studies looking at its health benefits have been carried out in animals.

Studies in rats show that Kombucha has antioxidant activity and may be beneficial for immune function. As far as its ability to detoxify, this has yet to be well studied. One of the chemicals Kombucha contains is glucuronic acid which could theoretically boost the liver’s ability to detoxify.

Because of the lactic acid, it contains, it may improve intestinal function by promoting the growth of probiotic bacteria.

The author concluded that the claimed benefits of Kombucha were not supported by clinical evidence and, in view of the adverse events profile, its therapeutic use could not be recommended. However, he also noted that the adverse events were described in isolated reports, which cannot allow firm conclusions about causality and allow for generalization.

Despite these reported kombucha tea health benefits, there have been serious concerns about safety. One such concern relates to the potential for Kombucha tea cultures to be contaminated with disease-causing bacteria or fungi, particularly when fermentation is done at home under less than sanitary conditions.

Other health concerns related to the possibility of allergic reactions, adverse effects on the liver, and the potential for it to interact with medications.

Some studies show that Kombucha causes liver and spleen enlargement in mice.

Even some hardcore tea drinkers have yet to taste Kombucha – but it’s growing in popularity because of its reported health benefits.

This tea with the rather unusual taste can be found bottled in many health food stores and natural markets where it’s flying off the shelves – snatched up by people eager to improve their health.

Although Kombucha has a reputation for being a healthy drink, there’s little documented research to support this. 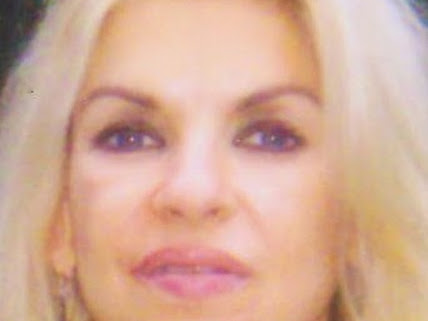